Did you know that globally there are approximately 10 million new dementia diagnoses annually? Around 55 million people live with dementia, and it is the seventh leading cause of death. So – what is mild cognitive impairment, and does it indicate a future dementia diagnosis?

The answer is a bit more convoluted than a simple yes or no. We’ll give you a sneak peek: mild cognitive does not always indicate dementia, and often, it can be resolved!

Working on your cognition (or helping a loved one) are easy steps you can start taking today to prevent dementia onset. Luckily, we will go over some helpful tips and tricks and address how mild cognitive impairment differs from dementia. Keep reading for more information!

What Is Cognitive Impairment?

Cognitive impairment is a group of neurological problems, such as:

What Is Mild Cognitive Impairment?

Mild cognitive impairment is slight changes in memory or thinking. It should not affect how a person lives, but it could be a potential risk factor down the road for independence. Friends and family may notice small changes, such as brief lapses in memory or taking longer to think about a complex problem.

Here are some more specific mild cognitive impairment symptoms and what to watch out for:

What causes mild cognitive impairment? Unfortunately, the root cause is not entirely clear to medical experts. Some suggestions include diabetes, stroke, or depression.

Sudden changes in cognition likely indicate an underlying problem, and sometimes, it is easily treated! For example, medication anxiety, or sleep disorders can cause mild cognitive impairment symptoms. One of the most apparent underlying causes is when a person drinks too much.

Many people have likely seen or been on the receiving end of how alcohol can change coordination, memory, and focus. Neurological injuries such as traumatic brain injuries or tumors are more severe causes.

This study did not include younger adults and didn’t highlight if there were other predisposing factors. The researchers suggested that most mild cases were resolved.

One important thing to remember about dementia is memory problems are not indicative of a diagnosis. Memory issues must be associated with a couple of other cognitive impairments, such as:

Mood changes including apathy or depression may also be present. An official dementia diagnosis simply means that a person has a group of these symptoms that affect the ability to carry on daily living safely. In-home or assistive living care is usually needed.

Mild cognitive impairment could only affect a person’s memory, and it won’t impede their ability to live independently.

How Do You Treat Mild Cognitive Impairment?

There are no definitive treatments that help mild cognitive impairment. Some physicians prescribe Alzheimer’s medications for these patients, but research is limited regarding its efficacy. Instead, most people are shifting their focus onto lifestyle changes and therapy, such as:

Speech therapy is an underutilized tool for mild cognitive impairment. Largely seen as a field that works with kids or dementia patients, many speech therapists work in an in-home setting focusing on:

In-home therapy can also reduce stress and worry that you or a loved one may have about driving to a therapy office. The primary benefit is that it uses professional guidance to help with cognitive tasks.

What Do Dementia Studies Show?

Researchers have found that risk factors for dementia increase with these contributing factors:

Prevention is the best treatment option. If you notice a loved one struggling with enough socialization, consider scheduling more frequent friend or family outings. Encourage safe and regular exercise, healthy lifestyle changes, and visit a doctor about prescription eyeglasses or hearing aids.

How Home Health Care Can Help You

Home health care includes personal aids, social services, speech therapy, physical therapy, and occupational therapy. The benefit is that they come into you or a loved one’s home and work directly on tasks that may be challenging.

Start now and see the results! Contact us today or fill out our new patient forms!

Our mission at Med1Care expresses our commitment to our patients and community to provide quality service and quality care: With integrity, compassion, and competence, we will serve our customers in an extraordinary way. We will respect the sanctity of each patient’s home and endeavor to enhance the quality of life by appropriately responding to the physical and emotional needs of our patients. Our health care team will respond to the requests of patients, physicians, staff, and community with professionalism, reliability, integrity, and efficiency. 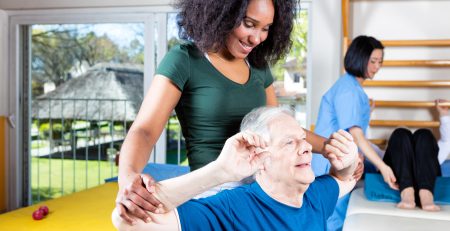 What Does an In-Home Occupational Therapist Do?

In some cases an occupational therapist must work in-home to help their patients recover or cope with day to day... 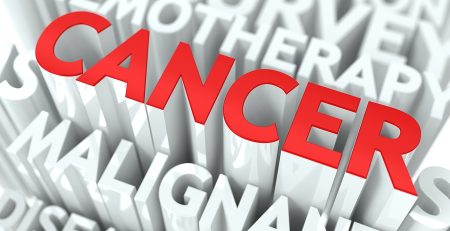 What to Expect with a Brain Cancer Diagnosis

In 2013 fans of Valerie Harper from The Mary Tyler Moore Show were shocked to learn that doctors had given... 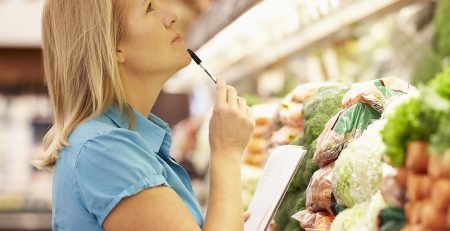 Recovery After Hernia Surgery: What You Need to Know to Help Your Elderly Loved One

Home Care Upper Sandusky OH-There are over 300,000 hernia surgeries done every single year throughout the United States. Here is... 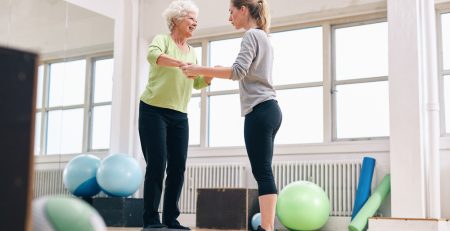 Balance Awareness Week (BAW) takes place annually in September. This year it's being held from 18-24 September 2022. The aim... 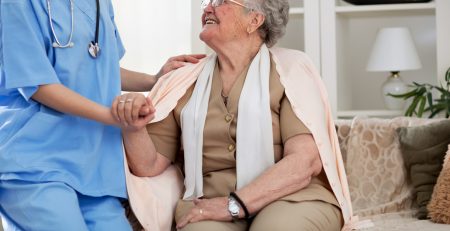 What Is Memory Care and How Can It Help Your Elderly Loved Ones?

Does your loved one show signs of dementia? This article answers the question, "what is memory care?" and covers how... 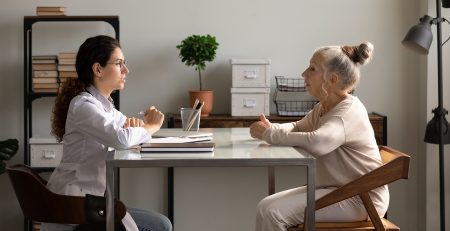 6 Signs You Need a Speech Therapist as a Senior

An adult senior might benefit from having a speech therapist, but how do you know when you need one? Learn... 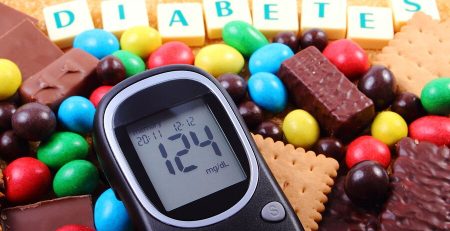 Home Care Services Marion OH-Discovering that your senior is now dealing with diabetes can be shocking for both of you,... 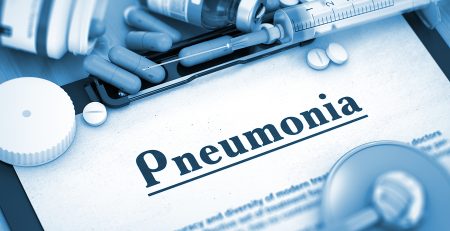 Home Health Aide Training Tiffin OH-Pneumonia can and does hit people any time of the year, just like the flu.... 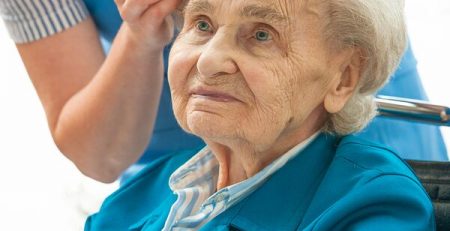 Can Elderly Care Help Your Senior After a Stroke

After a stroke your senior’s entire life might have changed completely. It is not easy to deal with those changes...

What You Need to Know About Gastric Tube Feeding

Why Wound Management is So Important